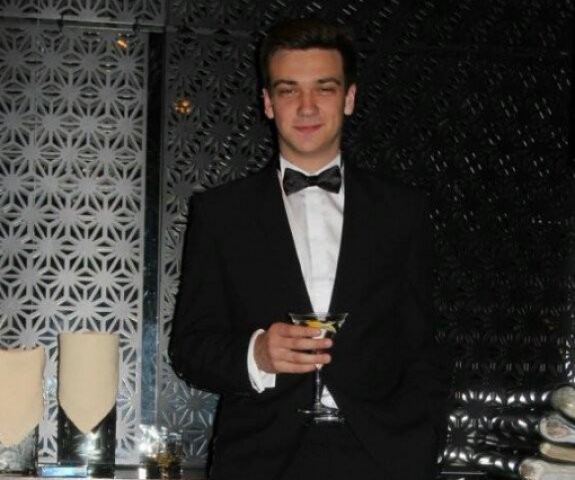 Artem Dalevich - Internet projects producer with great experience in creating and managing of various types of start-ups. During his career, Artem has achieved enormous success: he is co-owner of Appnow.com, Appsbunch.com services and Eristica online bet application, CEO of Start Industries agency (startindustries.com), co-founder of Skolkovo Startup Academy, the education program of Lomonosov Moscow State University. Dalevich is also a member of the Committee for support and promotion of young entrepreneurs of the Moscow Chamber of Commerce and Industry.

Recently Artem has made a presentation at gambling and entertainment exhibition RGWeek 2016 that was held on June 2-3 in Moscow. He reported on the topic: Gaming bets as a new kind of eSports. We decided to learn more about gaming bets and the difference between them and e-sports, as well as to understand peculiarities of Eristica online bet platform.

What is gaming bet?

It is any bet that is made between two people, when each places a bet on their own victory. Games may be different, but mainly it is computer games with PvP (Player vs. Player) mode. For example: “I bet $5 that I will finish the race faster than you” or “I bet my legendary sword that you won’t beat me in this round”. The thrill of game there is as high as when betting for your favorite team. But the result depends on you, because it is a game of skill, and not game of chance.

What is the connection between these games and eSports?

First of all it should be noted that eSports is a multimillion and fast-growing industry. There are professional teams with coaches and sponsors. Matches are viewed by millions of people. It is not improbable that in few years League of Legends Final will have greater audience than NBA Final.

Today eSports means the organization of such tournaments mainly, the show with the participation of several professional eSports players. Some bookmakers even take bets on the result of the matches.

But very little attention is paid to regular players. It is obvious that they won’t draw large audience. But there are dozens of thousands of professional eSports teams in the world and hundreds of millions of regular players and they also compete with each other. It is eSports as well but so to say enthusiast-grade one.

Are there conceptual differences or similarities between gaming bets and eSports?

Both of them are competitions in computer games, basing on gambling and desire to prove your superiority. While eSports is a kind of show with professional players and big audience, gaming bets are made between any players.

For more compelling example let’s say that George sits at home and watches football match between England and Russia. He supports a team, places bets on its victory (as if in eSports), but when George goes outside and plays football with his friends and makes bets that his team will win it is gaming bets already. Such bets are common in Eristica.

It is one of my online-projects, which I’m producing. Eristica is the biggest platform for placing any kind of bets: “I bet you won’t perform 30 push-ups within a minute” or “I bet you won’t drink a litter of milk nasally” etc. Currently Eristica is available in 19 countries and has more than a million of bets registered (both public and private) with a lot of photos and videos published as a proof.

I have noticed the following trend: when a mobile game became a top one in App Store or Google Play, people start making bets like “I bet I will reach N-level faster than you” or “I will get more points in the game than you”. But the problem is that Eristica was not integrated with these games and the only proof people could have, was screenshot with the results.

After taking to developers of games with a feature similar to bets in PvP mode, I found out that this feature increases an average time spent in the game and players invite more friends to the game (in order to compete with them). In other words it increases involvement of the audience.

It is my experiment. I came up with an idea: what if to provide developers with the software that is easily integrated and gives players an opportunity to compete with each other and make bets without closing the game, with possibility to place bets in the form of game items or currency.

Theoretically, it should turn out to be very interesting online resource where you can not only place bets, but also to look at games where players make bets all round the world.

Are there any analogues of the project in the CIS countries or Europe?

No, at least in the form, I see the platform. But there are some elements in the projects of various companies. In Xbox Live you can watch the games your friends play in and see the results. Apple Game Center allows you to throw down a challenge to your friend for scoring certain amount of points. Currently, more games are turning to PvP feature (great example is Hearthstone).

However, in most cases a set of betting functions is limited to either one particular game or a platform where it is published (Google Play, Game Center, Steam).

How many people are currently using your platform? Why is it so attractive for players?

The platform as such does not exist yet. There is only Eristica with its million of users and Game API on its basis, which is currently being debugged in a closed beta test with a small number of games. We have already launched and tested a few trial versions, but the main one will be released in September. It will have the same balance between the universality of embedded functions and easy integration into any project.

What are your plans regarding the platform?

We can develop an excellent API by ourselves. But to run a full-fledged service that I’ve described (we call it Eristica Games), my efforts even together with Eristica team will not be enough. For the creation of such platform we need the experience of people from gambling industry and computer games sector. It is these partners that I'm looking now for the start of joint project.

This is what I’ve announced recently at the Russian Gaming Week 2016.

What are your plans for the future? Are you going to create another or several platforms, projects? If so, which ones?

Currently, I am working on several large projects, which, in fact, are logical progression of what I’ve started earlier. I see great prospects of Appsbunch service that automatically collects mobile application for online shopping in a few minutes. I also consult several Internet companies within my Start Industries digital agency and help residents of the new Start-up Academy of CMF (Center for Mathematical Finance).