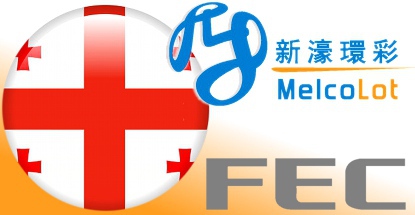 Chinese lottery company Melcolot is on the verge of receiving a casino license in Georgia—the country, not the state.

It’s been reported that the project will be built alongside the $140 million Millennium Biltmore Hotel complex with an estimated opening date of January 2016 for both establishments.

According to Melcolot Chairman and Non-Executive Director Tsui Che Yin, the company plans to attract visitors from the Black Sea area. Yin also added that the project is part of a bigger plan that involves developing other integrated resorts and casinos in Europe, including a “premium integrated resort near Barcelona, Spain.”

The Group believes that it is “in the interests of the Group and its shareholders to diversify the business and to actively pursue new business opportunities to regain the Group’s growth momentum.”

In other Georgia news, virtual sports provider Inspired Gaming has officially announced that its virtual gaming content is now available in the country through Adjarabet‘s website, Adjarabet.com.

“We are thrilled to be the first supplier to launch Virtuals in Georgia, enabling players to enjoy world-class Virtual content for the first time,” Inspired Senior Vice President Steve Rogers said in a statement. “Inspired’s Virtuals are established and proven online – we look forward to a long term partnership with Adjarabet.”