Lotteries of the former USSR countries 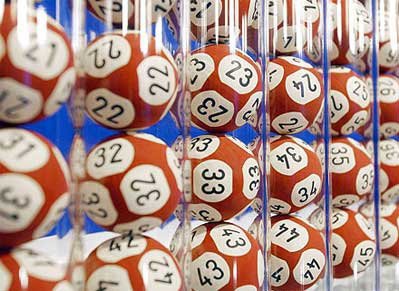 “Azerlotereya” publicly held company, created due to the presidential decree in November 2001, supervises lotteries in Azerbaijan. In fact, it is a state company. Citizens can try their luck playing Bingo, Super Bingo, 5 of 36, 6 of 40. Ugur weekly raffles a car and AileSevingi is designed to solve the housing problems. The biggest jackpot as of January 2013 was won in the lottery 6 of 40 and amounted to 150 thousand AZN. It is a little more than 190 thousand USD. As we can see, jackpots in Azerbaijan are modest.

It is ironic, but a long time after the formation of an independent state, there were no state lotteries in Armenia. This issue was raised even at the level of the republic parliament, because lotteries controlled by a state are a significant and stable source of revenue.

In 2011, the lottery company OptimaLoto was created and licensed by the Ministry of Finance of the Republic of Armenia. Today, it is the only organization that has its own website; at least we could find it on the Internet.  The company conducts an unusual lottery, namely SMS lottery called Optima. According to its founders, the lottery is maximally transparent due to the fact that the company's website provides comprehensive information on all participants' bets. However, judging by the statistics on the site, the latest draw of the lottery was made on September 21, 2012. Therefore, it is not clear whether the lottery has been operating now or it has not met the expectations of the organizers.

Nevertheless, according to the lottery rules, you should send a SMS message to a short number containing a combination of five numbers, but you should not repeat numbers (unlike most other foreign lotteries, a sequence makes a difference). The response message contains information about the lottery with a unique registration number. There is no restriction regarding the amount of SMS sent from one participant. In the near future, the organizers promise to realize the opportunity for foreign citizens to play this lottery after online registration.

The lottery is held on the daily basis, except weekends. On weekdays, drawing is held in the air.  All the combinations where 2, 3, 4 or 5 numbers coincide in a row are considered to be winning. The probability of winning in this foreign lottery is as follows:

The prize fund of the lottery Optima is 50% of the total cost involved in the circulation of SMS tickets. It is distributed as follows:

The cost of one SMS messages is 200 AMD. At current exchange rates, it corresponds to 0.50 USD. The amount of winning for those who guessed five numbers depends on the general fund and is divided into all who guessed 5 numbers. However, the lottery organizer adds a million AMD (about 2,400 USD) to the prize pool of this category. Winnings may be paid in cash, transferred to a bank account, or credited to the mobile phone number. Lottery winnings are not taxed in Armenia.

An important feature of Belarusian lotteries is their complete control by the state. This is not surprising, given the specificity of this state. It is known that there are no "illegal" lotteries in this country, which operate without a license and are not under the state control.

Belarus has only about 30 lotteries, which are instant, draw-based and combined. The most famous and popular of them are "Pyaterochka" (Five Numbers), "Vashe loto" (Your Lottery), "Mig Udachi" (Moment of Luck), "Vash shans" (Your Chance), etc. An interesting fact is that until a certain time, there was "Sports Lottery" in Belarus, operating under the scenarios "5 of 35" and "6 of 45". However, the classic "Sports Lotteries" ceased to exist (according to some sources, due to incorrectly chosen business strategy, and according to others, due to market revenue sharing). A new player came into market. "Sport-Pari" (Sport Betting), which conducts the lotteries "Sports lottery 5 of 36", "Keno" and "Sportprognoz" (Sports Forecast).

Jackpots in these foreign lotteries are measured in tens and sometimes hundreds of millions of rubles. Unfortunately, they are the Belarusian rubles. For example, a jackpot of 10 million BYR amounts to only 1,154 USD. Of course, for an ordinary citizen of Belarus it is serious money (considering the cost of goods on the domestic market), but it makes little sense for foreign players to play. Belarusian people, as evidenced by the statistics, actively play the lotteries. Here it is necessary to take into account the fact that in addition to money, there are a lot of clothing lotteries.

By the way, at the beginning of 2013, the largest jackpot amounted to 2 million 440 thousand RUB. This is slightly more than 280 thousand USD. From the perspective of a citizen of Belarus, it is stunning sum of money. In Belarus, the winnings are not taxed.

Belarus has "Superloto" lottery, which in addition to the standard features proposes purchase of online lottery tickets. Foreign residents can participate in the lottery. You can pay with credit cards. Therefore, if you have decided to play this foreign lottery online, visit its official website www.superloto-online.com, register and participate in drawing. Of course, winnings are in Belarusian rubles.

Lotteries in this state are controlled by Lottery Company of Georgia (the company's website - www.georgianlottery.com), and the majority of its shares belong to the state. There is no broad variety of lotteries in Georgia, but playing the lotteries is extremely popular here. Soon after the start of the lottery "6 of 49", it was transformed into "6 of 35". Chances of winning increased significantly, and the popularity of lotteries went up sharply.

Today, the biggest winning in this foreign lottery is 4,400,000 GEL, which corresponds to about 2,660, 000 USD. The jackpot for residents of the former Soviet Union and the residents of Georgia is impressive, although if we compare it with jackpots of US and European lotteries, it looks pale. By the way, according to the regulations, the seller of a lucky lottery ticket receives good reward.