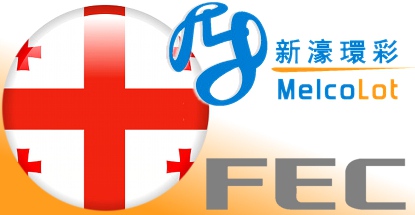 The main investors in Lawrence Ho’s planned US$700m casino in Vladivostok in Russia’s far east are joining forces on a smaller casino venture in the republic of Georgia.

Firich, which is part of the Summit Ascent consortium pursuing the Vladivostok casino, will join with Georgian and other Taiwanese investors to buy shares in a MelcoLot vehicle called Express Wealth Enterprises.

The plan is to raise US$50m for the casino, which will be located in the capital of Tbilisi. MelcoLot will own 42.7 per cent of Express Wealth Enterprises and Firich 31.6 per cent. Express Wealth will apply for a 15-year gaming licence, which if approved will allow it to launch construction ahead of a planned early 2016 opening.

“MelcoLot will be responsible for the management and operations as well as maintaining relations with government officials in Georgia,” Melco International said. Target markets include Europe and regions where casinos are prohibited, such as the Middle East, Turkey and Georgia’s Caucasus neighbour Azerbaijan.

Last year, revenues generated from Georgia’s casino industry, which is concentrated in Tbilisi and the Black Sea port city of Batumi, home to five venues, accounted for roughly two per cent of the government budget.