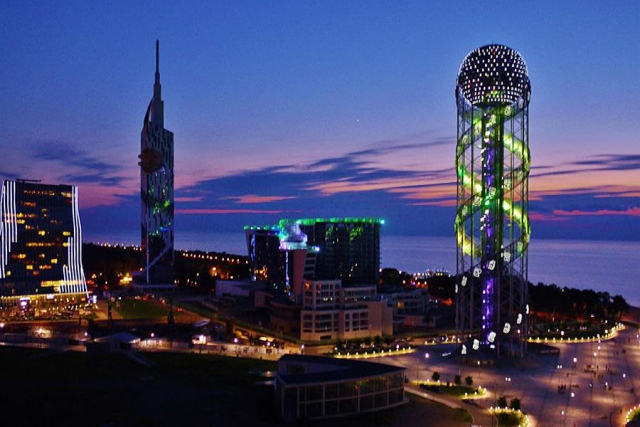 The government of the Autonomous Republic of Ajara has positively appraised its own performance for the last 3 years.

The Ajara government has carried out many important projects in this period, the Ajara Government chairman noted at the government meeting last week. Archil Khabadze expressed satisfaction with the volume of investment inflows to the Region and divulged plans for increasing foreign capital inflows to Ajara.

The reporting period’s investment inflows exceed the indicators of the 2012 same period by 125.2% and by 76.9% compared to the same period of 2013. Major investment inflows were registered in the power sector (39%). The tourism sector is second with 35% ratio and the housing sector is third with 19%. The agriculture and industry sectors have 1%-1%. All other fields   share only 5% in total investment portfolio.

“We provide tireless job to draw more and more investments. We are conducting intense meetings with potential investors in both Georgia and abroad. This year we have organized eight investment forums in Georgia and foreign countries. The January to September investment inflows record positive indicators compared to the same period of 2014”, Archil Khabadze noted.

“According to the national statistics service of Georgia,

The Ajara Finance and Economy Minister David Baladze noted According to the 3rd quarter report, the Ajara Autonomous Republic’s budget was fulfilled by 117% and the collected amount made up 144 810.5 thousand GEL. The figure is up by 44 279 168.6 GEL compared to the same period of 2012. The growth marked 44%.

“I would like to note that the 2015 budget of the Ajara Autonomous Republic prioritizes social direction like the previous three years. We try to adjust all programs to the needs of region residents, first of all. We allocate considerable funds for constructing social houses every year and we transmit these houses to socially vulnerable families. In 2013-2015 we have handed over these houses to 184 families in ownership. Additionally 176 apartments will be arranged in Social Houses”, David Baladze noted.

The Ajara Finance and Economy Ministry has also leased 38 facilities as of November 1 and the leasing value marked 230 000 GEL.

“In January to September 2015 the Ajara Finance and Economy Ministry privatized 87 properties and the privatization value made up 19.820 million GEL.

This year the major privatization deal was made at the term auction by selling a 29 445 square meter nonagricultural land plot located in the settlement of Kakhaberi, Batumi. The real estate was sold at 2 .91 million USD to AR Meridians company. Under the privatization terms, the company must build a hotel with at least 220 suites, at least 600 apartments, a casino, a conference hall, sports and recreation center and the recreation zone on at 13 000 square meter space with parking places and various food facilities. The complex must be put into exploitation in 48 months after the agreement conclusion. The project’s investment value is at least 30 million USD.

As to the unconditional auctions, the major deal was made by selling a building and a nonagricultural land plot at 1.010 million USD on the Green Cape to Business Development Company.