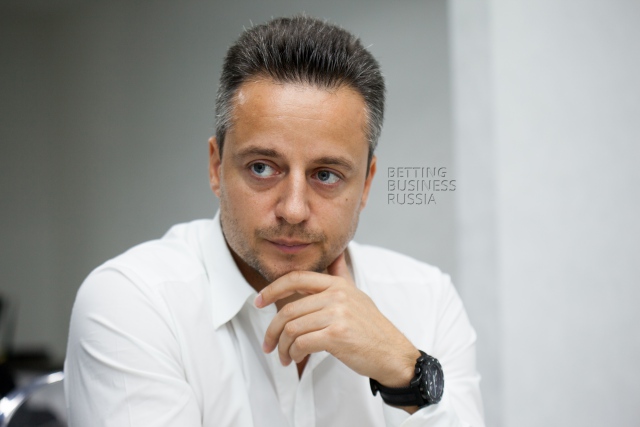 Yuri Fedorov, the President of the National Association of Bookmakers (NAB) of Russia will be a speaker at the forum Georgia Gaming Congress. The expert will deliver a report on "Betting business on the Internet: facts, forecasts and development plans."

The speaker will talk about the current state of the online segment of the betting market in the world and particularly in the CIS, point to the latest trends in the industry, as well as share his vision of its future development.

Yuri Fedorov's opinions and forecasts always attract attention of the betting market professional participants. He has been one of the most respected experts in this field so far.

Yuri Fedorov is a well-known analyst, shareholder and manager with more than 10 years of experience related to the bookmaking industry and the creation, organization and support of sporting events of international level.

Since 2006, Yuri Fedorov has been a shareholder of Yuri Fedorov Sports Lab. Since 2008, he has been collaborating with such organizations as the Russian Boxing Federation (Vice-President) and Tough Fight Boxing League (current President).

Yuri Fedorov was a vice president of the NAB, and he headed this association in 2013.

The association founded in 2005 includes the largest representatives of the betting business from CIS countries.

The main goal of the NAB is to protect the rights and interests of bookmakers and players, as well as to provide favourable conditions for their cooperation.

It is worth noting that due to the initiatives of the organization, a number of amendments aimed at improving conditions of gaming business in the country were made to the Federal Law of the Russian Federation.