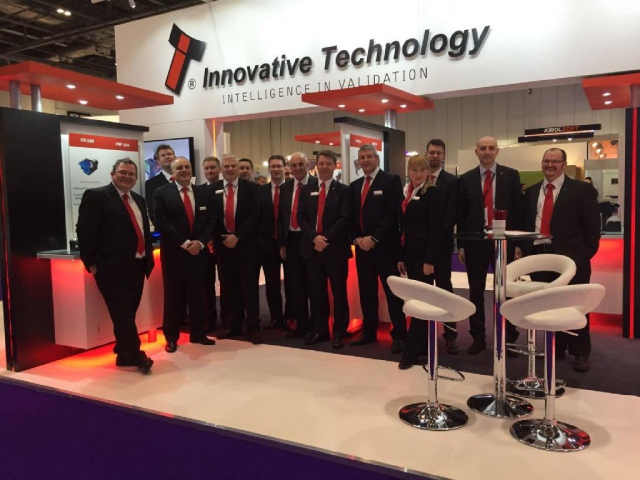 Innovative Technology Ltd. (ITL) has continued its great start to the year with a highly successful showing at the world’s largest gaming event, ICE 2016. In addition to a prominent, new location at N1, ITL unveiled a fresh new stand design reflecting their state-of-the art product range.

Reflecting on a busy show Business Development Manager, Andy Bullock said “After the interest shown at EAG, we were expecting the NV12+ to be popular at ICE and we were not disappointed. People were flocking to our simulated gaming and redemption units to gain a greater understanding of how our ticketing systems can be implemented into their machines. Whether visitors were interested in implementing a complete TITO system or simply installing individual components, we were able to demonstrate solutions to suit any specification.”

Catering for the growing demand for TITO, the Innovative Technology stand had a number of ticketing solutions for prospective customers. The recently launched NV12+ compact banknote validator and ticket printer proved to be a hit with attendees due to its ability to dramatically reduce operational costs. Furthermore, the company’s range of SMART products were extremely well received at the show, ITL’s SMART Ticket combines a high volume note validator with fan fold or continuous roll ticket printing capabilities, which can be top or rear mounted depending on space.

Andy continued “Although I have now attended a number of tradeshows with ITL, this was my first ICE representing the company. We received a record number of enquiries this year and I look forward to working with the new companies I met at the show. ICE has grown so much in recent years and it is now undoubtedly the largest gaming event in the world, which shows the significance of the UK gaming industry. Moreover, the show allowed me to spend time and catch with my International colleagues, some of whom I do not have the chance to see regularly due to everyone’s busy schedule.”

ITL will take part in a number of retail exhibitions appearing at EuroCis 2016 in Dusseldorf, Germany from 23rd-25th February and then at RBTE 2016 in London from 9th-10th March.